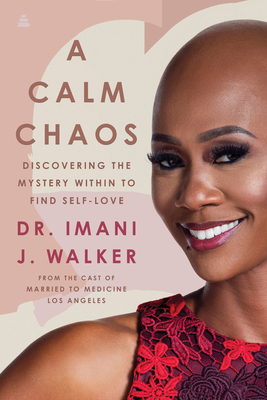 
Unavailable
Not Yet Published

In this moving memoir written with the poignancy and power of When Breath Becomes Air and The Year of Magical Thinking, the popular psychiatrist on Bravo’s successful Married to Medicine series reveals her struggle with depression and anxiety and how she ultimately found healing.

Born and raised in Harlem by an emotionally distant, depressive mother, Dr. Imani Walker struggled with depression and anxiety from childhood. Concerned for the plight of those less fortunate than her middle-class family, the sensitive, compassionate child noticed various homeless, destitute people who she encountered on the streets, noting that but for a few lucky breaks, they could be her own family members. This awareness and proximity to those living on the edge aroused in her a lifelong empathy for the mentally impaired.

Imani was close to her father, an addict who was rarely emotionally present and even closer to her immigrant grandmother whose own mental health caused many family tensions. It was years later when Dr. Walker looked back and realized her beloved grandmother was, in fact, bipolar.

A Calm Chaos is the emotionally raw and beautiful story of being raised in a family touched by mental illness. Dr. Walker uses her experience as a psychiatrist as a prism to see the painful truths of her childhood and how she learned to navigate this chaotic world the best way she knew how: using her wits and humor to diffuse tense situations. Her desire to better understand mental illness—to identify her mother’s issues, her father’s addiction, and her own confused feelings—led her to pursue a medical degree and to work in inner cities with the severely mentally ill. While helping others, Dr. Walker found the courage to address her own mental health issues, ultimately finding emotional balance.

A Calm Chaos is an intimate portrait of an African American psychiatrist who has dedicated her career to helping those in need—while trying to solve her greatest medical mystery: herself.

Dr. Imani J. Walker is a psychiatrist with a private practice in Southern California. She has been a guest commentator on Gawker, Grio, The Root, KTLA, Fox 5 Los Angeles, Essence magazine and other media outlets, and was named to Essence’s “Woke 100.”  She received her bachelor’s degree from Xavier University, her Master's in Science in Public Health from Tulane University, and her medical degree from New York College of Osteopathic Medicine. She lives in Los Angeles and is a cast member of Bravo’s Married to Medicine: Los Angeles, and the host of the new podcast Imani State of Mind.