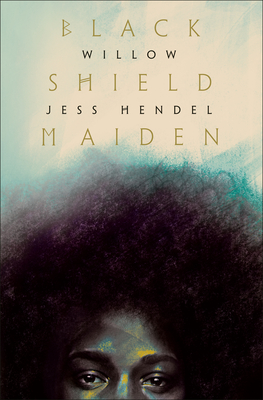 
Unavailable
Not Yet Published
From Willow Smith and Jess Hendel comes a powerful and groundbreaking historical epic about an African warrior in the world of the Vikings.

Lore, legend, and history tell us of the Vikings: warrior-kings on epic journeys of conquest and plunder. But the stories we know are not the only stories to tell. There is another story, one that has been lost to the mists of time: the saga of the dark queen.

That saga begins with Yafeu, a defiant yet fiercely compassionate young warrior who is stolen from her home in the flourishing Ghānaian empire and taken as a slave to a distant kingdom in the North. There she is thrust into a strange, cold world of savage shield maidens, tyrannical rulers, and mysterious gods.

And there she also finds something unexpected: a kindred spirit. She comes to serve Freydis, a shy princess who couldn’t be more different than the confident and self-possessed Yafeu.

But they both want the same thing: to forge their own fate. Yafeu inspires Freydis to dream of a future greater than the one that the king and queen have forced upon her. And with the princess at her side, Yafeu learns to navigate this new world and grows increasingly determined to become one of the legendary shield maidens.

For Yafeu may have lost her home, but she still knows who she is, and she’s not afraid to be the flame that burns a city to the ground so a new world can rise from the ashes. She will alter the course of history—and become the revolutionary heroine of her own myth.
Willow Smith is a singer, songwriter, and activist.

Jess Hendel is a writer based in Los Angeles. She received her MFA in Writing for Screen and Television from the University of Southern California and her BA in Sociology from Amherst College.