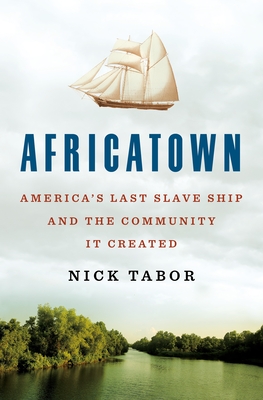 An evocative and epic story, Nick Tabor's Africatown charts the fraught history of America from those who were brought here as slaves but nevertheless established a home for themselves and their descendants, a community which often thrived despite persistent racism and environmental pollution.

In 1860, a ship called the Clotilda was smuggled through the Alabama Gulf Coast, carrying the last group of enslaved people ever brought to the U.S. from West Africa. Five years later, the shipmates were emancipated, but they had no way of getting back home. Instead they created their own community outside the city of Mobile, where they spoke Yoruba and appointed their own leaders, a story chronicled in Zora Neale Hurston’s Barracoon.

That community, Africatown, has endured to the present day, and many of the community residents are the shipmates’ direct descendants. After many decades of neglect and a Jim Crow legal system that targeted the area for industrialization, the community is struggling to survive. Many community members believe the pollution from the heavy industry surrounding their homes has caused a cancer epidemic among residents, and companies are eyeing even more land for development.

At the same time, after the discovery of the remains of the Clotilda in the riverbed nearby, a renewed effort is underway to create a living memorial to the community and the lives of the slaves who founded it.

NICK TABOR is a freelance journalist whose work has appeared in New York Magazine, The New Republic, The Washington Post, Oxford American, The Paris Review, and elsewhere. Africatown is his first book. He lives in New York.