The Community: A Memoir (Hardcover) 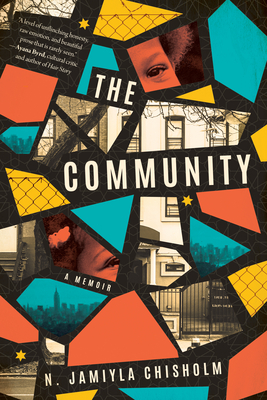 The Community: A Memoir (Hardcover)

An arresting and emotional memoir about a family's indoctrination into a religious cult, a daughter coming to terms with a parent's devastating choices, and the trials ahead in post-9/11 New York.

In 1978, when Jamiyla was two years old, her mother, Ummi, quit her job, converted to Islam with her husband, and moved into an exclusive Muslim society in Brooklyn. Once inside the Community, the family was separated by its powerful and charismatic leader, Dwight York, who was hiding behind the name Imam Isa. Instead of the devotional refuge they'd imagined, the Community was a nightmare of controlled abuse and unspeakable secrets.

Forty years later, Jamiyla was ready to excavate and understand a past buried in bad dreams, disturbing memories, and inexplicable rage. It was a place Ummi never wanted to return to. Jamiyla had to.

Jamiyla's emotional memoir tells her family's story of life inside and outside the cult, and of escaping into new challenges as conservative Muslims in the secular Brooklyn they left behind. A harrowing and deeply personal history fraught with racial tension and devastating personal betrayals, The Community is also a hopeful story brimming with Black pride, justice, and the long-overdue healing between a daughter and mother.