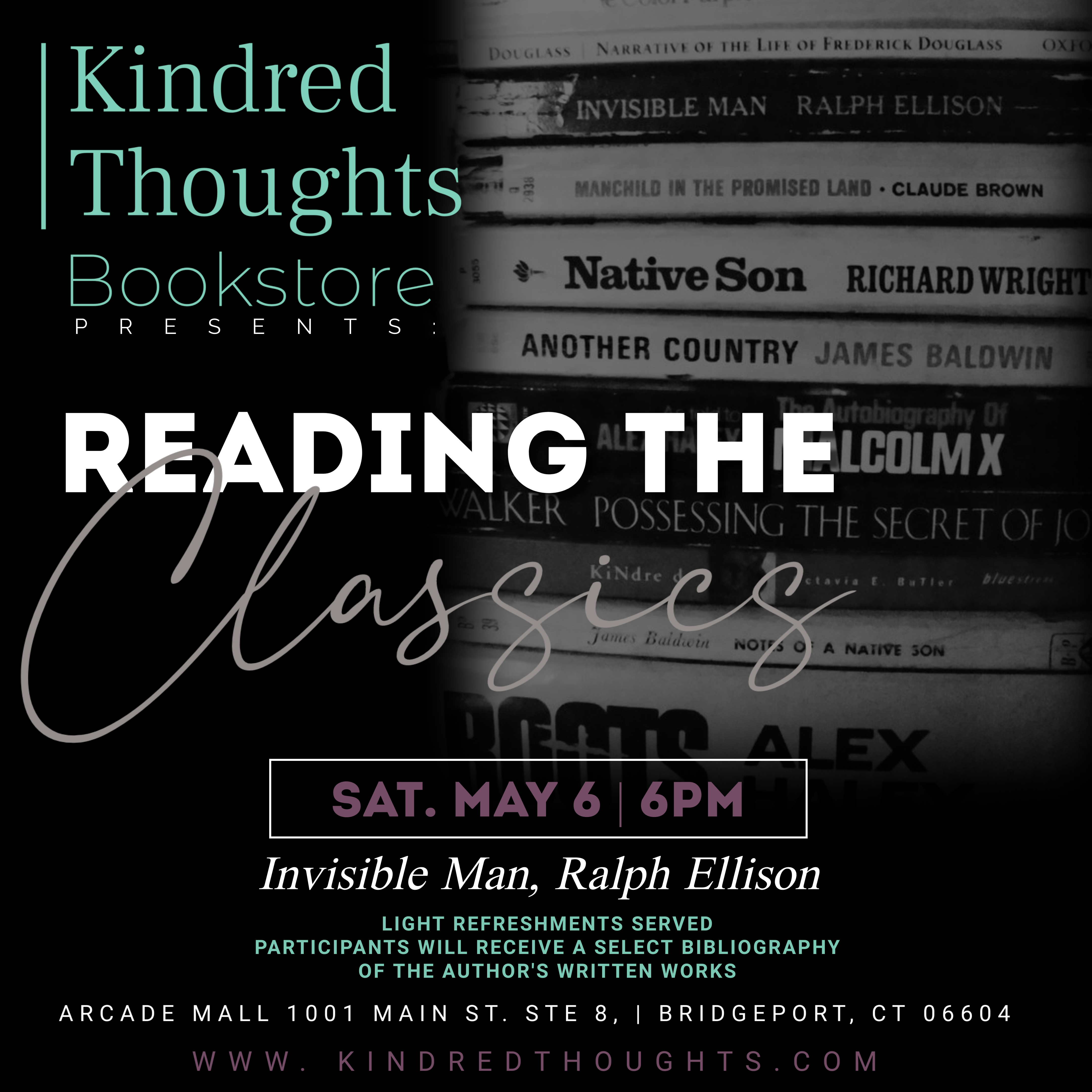 Reading the Classics is an opportunity to acquaint oneself with or revisit classic Black literature in an informal yet informative setting.  Moderated by Cultural Historian, Michelle Black-Smith, we will come together quarterly to engage with and celebrate the great canon of African American literature. All titles will be available for in-store purchase at least a month in advance, however, we encourage you to join us whether you have read the book or not. Light refreshments will be served and participants will receive a select bibliography of the author's written works.

"Invisible Man" is a milestone in American literature, a book that has continued to engage readers since its appearance in 1952. A first novel by an unknown writer, it remained on the bestseller list for 16 weeks, won the National Book Award for fiction, and established Ralph Ellison as one of the key writers of the century. The nameless narrator of the novel describes growing up in a black community in the South, attending a Negro college from which he is expelled, moving to New York and becoming the chief spokesman of the Harlem branch of "the Brotherhood, " and retreating amid violence and confusion to the basement lair of the Invisible Man he imagines himself to be. The book is a passionate and witty tour de force of style, strongly influenced by T.S. Eliot's "The Waste Land," Joyce, and Dostoevsky.

Other titles in this series include: